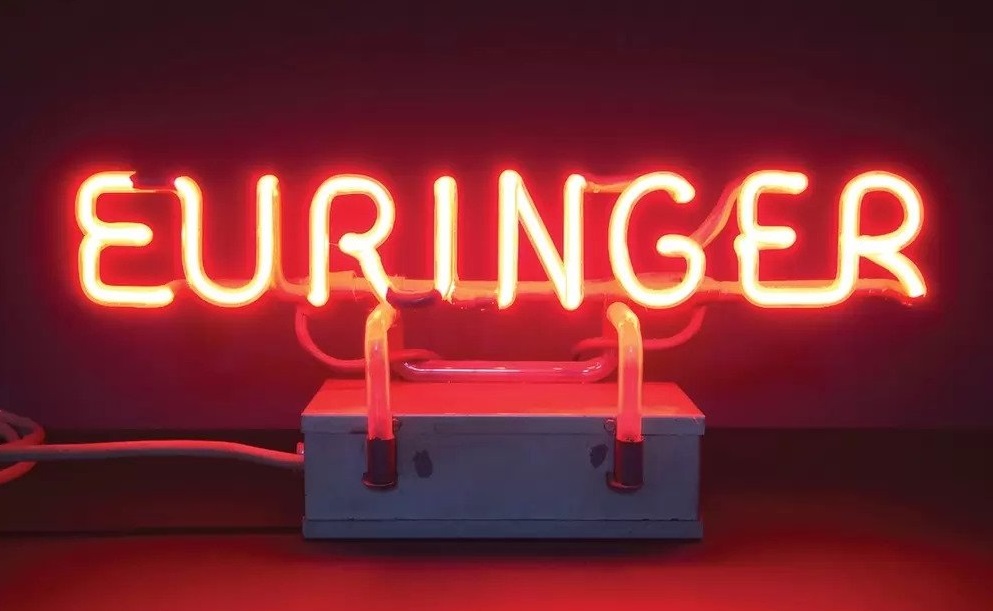 ‘Euringer’ is the self titled début album from James Euringer, perhaps better known as Jimmy Urine of Mindless Self Indulgence (or MSI). For the uninitiated, MSI came into existence in 1997 and lashed out quite a collection of albums and singles of spiky, quirky, scatterbrained and often provocative alternative electronic music. They were loved and loathed, they were fun and edgy to some, puerile and annoying to others. Whether you will enjoy Euringer I suspect will depend on which of these camps you fall in to.

For the record, I enjoyed Mindless Self Indulgence, mostly when getting ready to go out, or after a few too many beverages at a club. If I wanted to be engaged at a deeper level then I would look elsewhere, but DAMN they wrote some catchy shit. Now, some 5 years after the last MSI album James Jimmy Urine Euringer has something he would like us to listen to.

On first listen, Euringer has an immediately familiar feel, Jimmy’s voice is instantly familiar and elements of the songwriting bear all the hallmarks you would expect. However, I wasn’t entirely grabbed, as the two songs that stuck in memory from first listen were the two cover versions presented here, Kate Bush’s ‘Wuthering Heights’ and The Doobie Brothers ‘What A Fool Believes’. The former lets Jimmy play with his falsetto delivery, the programming perhaps more restrained than it could have been, dreamy almost, which is a counterpoint to the vocal which is likely to grate on some ears. The latter is perhaps the most cheesy 80s thing I have heard since the 80s, certainly different to the original with a hint of Oingo Boingo to it. However, I persevered and returned for (quite a few) repeated listens, which thankfully revealed much that I enjoyed.

So, it is time I fed you a little more information gleamed from the press release. Euringer is described as “a counter-culture, surreal, psychedelic, art house, avant-garde, possibly posthumous concept project”, “one long song/musical/concerto”. Not entirely sure about the conceptual element, don’t get me wrong, the album is cohesive enough, but prog rock it ain’t. Musically however, while MSI signatures are scattered throughout, there is indeed more besides. Production is rather splendid, and the instrumentation and programming are very neatly done with sometimes surprising depth. Sure, there are sleazy and juvenile elements a plenty, but there are also more measured and poignant (not too poignant though) moments.

Jimmy has also called upon his mates and family to join him for the ride. Serj Tankian (System Of A Down) appears on ‘If It Ain’t You Today It Will Be You Tomorrow’, the duelling vocal diatribes contrasting but ultimately working together over what is a notably down tempo opening track (not including the monologue intro track ‘Trigger Points’ which has a girls voice listing the various potentially controversial topics included on the album). Mrs Euringer (Chantal Claret of Morningwood) crops up as guest number two on ‘Fuck Everything’, a track that underlines that Mr Urine hasn’t mellowed, and a track that is dynamically varied and solid. Grimes is next, guesting on ‘The Medicine Does Not Control Me’, adding flavour and sweetness to the mix along with a neat synth bassline. Vocally this track is more focussed on Grimes than Euringer, and reminded me a little of Hadouken! The final guest (excluding Jimmy’s parents who appear on the album) is Gerard Way of My Chemical Romance. ‘Sailor In A Life Boat’, is one of the album highlights, with Jimmy’s vocal hook embedding nicely in the ear.

Elsewhere it is all Jimmy, and there are other strong tracks to be found. ‘Problematic’ and ‘Be Afraid of Who You Are’ will find favour with MSI fans, displaying the schizophrenic approach to composition they are known for. ‘Piece Of Me’ starts insidiously, building nicely into a minor key grower of a song. ‘Do You Kiss Your Mama With That Mouth’ may provide that stroppy and somewhat juvenile one liner MSI fans lap up but damn is it a catchy track, probably the one that sticks in my mind long after the album has played out.

Otherwise, while there aren’t any terrible songs here, some songs don’t reach the same highs, with the glam rock stomp of ‘Detroit And Only Half Way Through The Tour’ providing fun but not feeling as weighty as other compositions here. Likewise, ‘That’s How Jimmy Gets Down’ is fine, just not quite as fine.

I can’t help but like the album, partly a guilty pleasure as I wonder if I should have left MSI in my drunken club frequenting and DJing days. Yes, it is juvenile in parts, you’d be surprised if it weren’t. However, it isn’t an album just to be pissed away before or after an evening of cheap thrills. There is enough additional depth here to make ‘Euringer’ an enjoyable listen worthy of returning to.